By: Wanted in Rome

Known as Natale di Roma, the annual birthday celebration is based on the legendary founding of Rome by Romulus in 753 BC.

This year sees a return of the historical re-enactments such as costumed parades and gladiator fights which were held online for the last two years due to Italy's covid-19 restrictions. 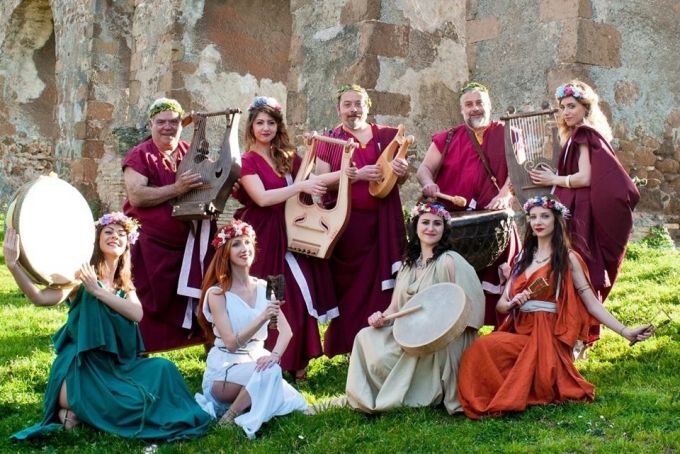 The events are centred in the Circus Maximus, from 21-24 April, and include gladiator fights and the trench-digging ritual, known as the tracciato del solco, which recalls the founding of ancient Roman towns when a trench or mundus was dug and offerings thrown into it to encourage the gods to watch over the inhabitants.

Other re-enactments include the agricultural Palilia ceremony. Dating back to before the founding of Rome, the ceremony was held in honour of the goddess Pales, protector of flocks and herds, and involved vestal virgins distributing straw and the ashes and blood of sacrificed animals before jumping over a bonfire three times.

The highlight of the Natale di Roma festivites, the grand parade, takes place at 11.00 on Sunday 24 April and which in previous years has seen around 1,500 costumed participants marching to and from the Circus Maximus, via the Colosseum.

The pageant is organised by the Gruppo Storico Romano, an historical dramatic society which, for more than two decades, has brought history to life by re-enacting battles, historic events and displays of ancient theatre and dance in the city centre.

For the 2022 programme of events (still being updated) see the Gruppo Storico Romano website.

How to get to Stadio Olimpico in Rome

see all What's on

Rome's Pyramid of Cestius and how to visit

An international Orthopaedic Center in the heart of Rome

Italy pays tribute to victims of the Holocaust